Jérôme La Rosa arrived in the canton of Neuchâtel in 2014. His company JLR Project specialises in the qualification of clean rooms and equipment such as autoclaves, incubators and[...] 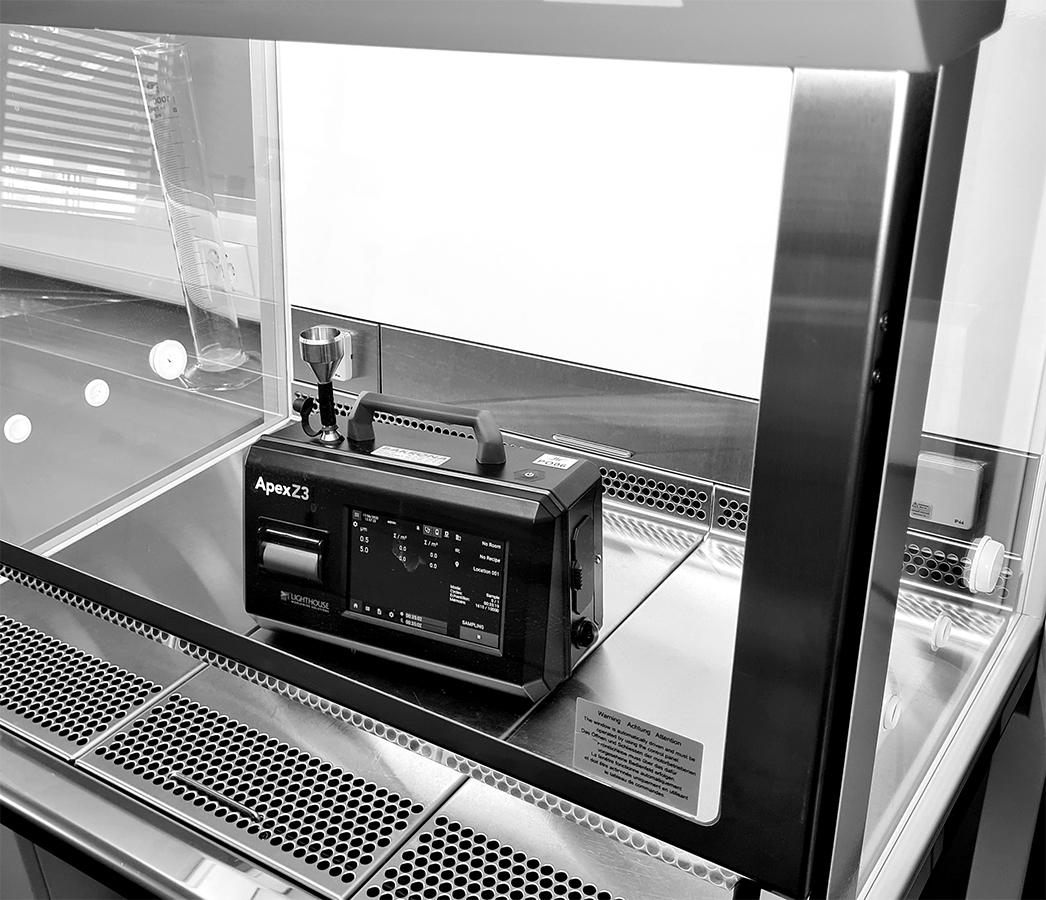 Sacha Labourey grew up in Neuchâtel. Following his studies in computer science at the EPFL, he co-created a company,[...]

﻿ Since 2010 Sandrine Van Den Oudenhoven has been at the head of Job4U2, a business that helps the spouses or[...]

Jérôme La Rosa arrived in the canton of Neuchâtel in 2014. His company JLR Project specialises in the qualification of clean rooms and equipment such as autoclaves, incubators and centrifuges.

How has your company evolved since it was set up in the canton of Neuchâtel?

In 2014, two of us started the adventure, and today there are seven of us, with an agency in Geneva and one about to open in Valais. With double-digit growth since the company’s inception, we have become market leaders in French-speaking Switzerland. In 2019, we obtained ISO 9001 accreditation and we are in the process of obtaining ISO 17025 accreditation, specific to laboratories.

The covd19 period: challenge or opportunity?

Of course our activity has been greatly reduced, except for controls for a few large pharmaceutical companies. Given our network in the medical field, we worked with the canton to find gloves, gowns, masks, etc. to deal with the health crisis.
I have also continued to make progress on a collaboration that was made possible thanks to the link between the economic department and the Finnish company Genano. The latter manufactured a machine capable of sterilising a room so that it complies with clean room standards. These machines decontaminate the ambient air by capturing dust and bacteria at a nanometric level.
Convinced by the results of this unique technology in the world, I decided to create the company ADD dedicated to the purchase, rental and sale of Genano machines.
Also during the past months, I have continued to make progress on the creation of a training school for sterile environments. We are negotiating with a major recognized school in Switzerland to obtain a diploma. We have a clean room in Colombier with very high-end equipment, in line with the standards required in the pharmaceutical and watchmaking industries.
Finally, we are working on opening a calibration laboratory in Gland, with the idea of replicating it in the Canton of Neuchâtel.

How did you choose the canton of Neuchâtel?

I used to live in Franche-Comté, in Belfort. I had an agency in Boncourt for 5 years. It was Baxter (now Takeda) who called me one morning for a meeting. I fell in love with the region when I found myself facing the view of the lake from Puits-Godet. The Economics Department then did a big job of explaining the framework conditions and convinced us that it was a pleasant place to live. The majority of the turnover, on the other hand, is generated in the other cantons, but there is a huge potential in Neuchâtel, you just have to be patient.

What is the biggest challenge you have faced as a foreign entrepreneur?

Generally speaking, in Switzerland, it takes a lot of time to build a relationship of trust and therefore to find clients. Support from the Department of Economic Affairs for the first two years enables the newly established company to better understand the cultural codes and thus gain credibility when meeting the local industrial fabric.