SYDERAL SWISS SA has been designing and producing customised on-board electronics for space applications for over 25 years. The company has participated in more than 50 missions without a single[...] 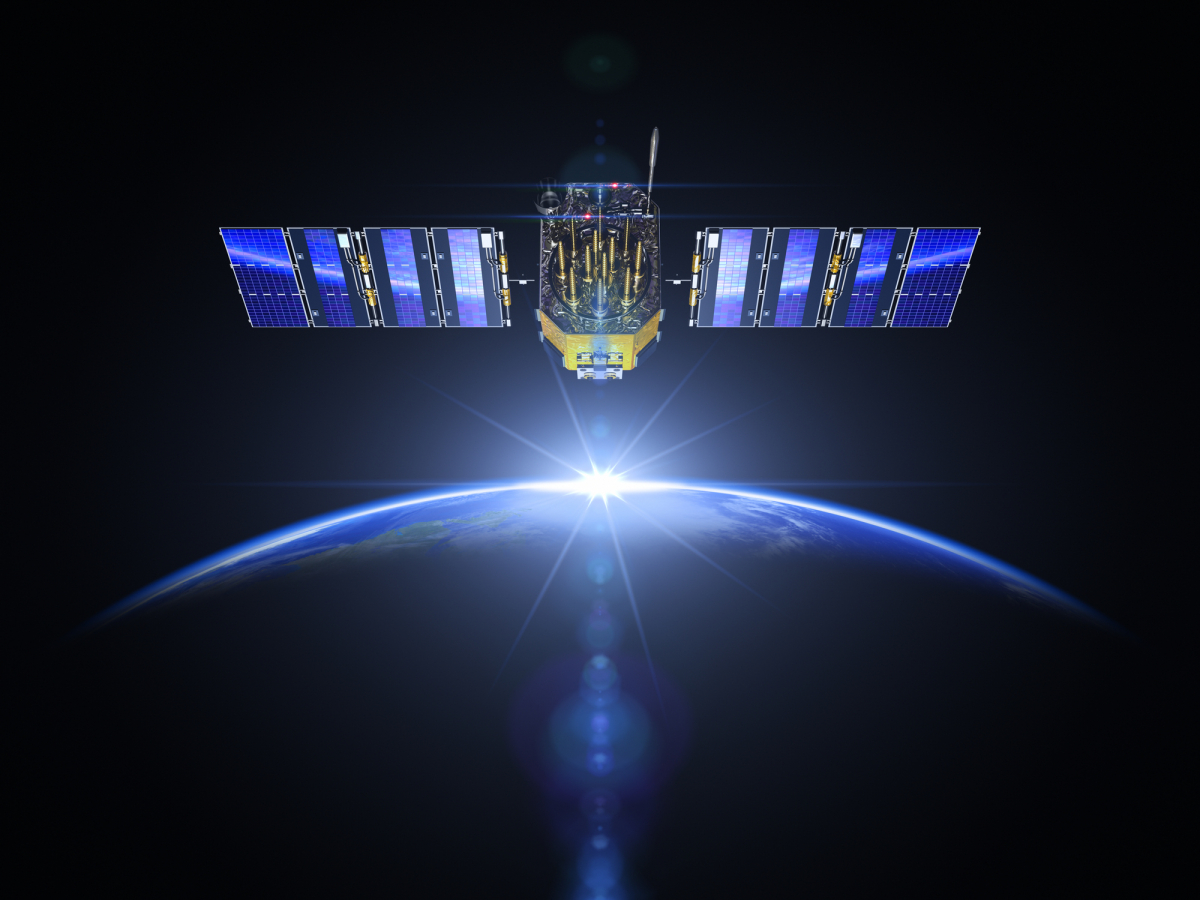 Eric Grignon has been Managing Director of Sky Switzerland since 2017 and a member of the Board of Directors of SKY[...]

SYDERAL SWISS SA has been designing and producing customised on-board electronics for space applications for over 25 years. The company has participated in more than 50 missions without a single failure, for customers such as ESA, NASA, Thales Alenia Space and Airbus.

Olivier Henin is CEO, co-founder and co-owner of SYDERAL SWISS. He is also President of the Swiss Space Industries Group, which brings together companies in the technical space industry sector. Meet an entrepreneur who, despite his vision from the stars, keeps his feet on the ground.

How is the space market organised?

Globally, the space market is divided into two major segments: satellites and launchers.
Concerning the satellite segment, for missions around the earth (some missions go to other planets) the missions are divided according to the operating orbits. These are LEO (Low Orbit), MEO (Medium Orbit) and GEO (Geostationary Orbit). The latter is located at 40,000 km from the earth, which means that the satellites are always positioned in the same place. They allow, for example, the transmission of a television programme from one side of the planet to the other. This is known as world television, which was first broadcast in the 1960s. Since then, the need for bandwidth has grown, as has the need for streaming or the internet. Satellites send and receive files, images and streaming. Space is an attractive place because in many configurations, space technology is more suitable than terrestrial technologies.
The launcher segment is strategically very important because it ensures access to space. Today we are talking about equipment and astronauts, tomorrow we will probably see the emergence of markets such as tourism or even logistics. Europe, through its Ariane rocket family, is very well positioned to operate both European payload launches and commercial satellites. As in many industrial sectors, competition is fierce. In this case, the main competition comes from SPaceX, a project led by Elon Musk.

How has Switzerland organised itself in space matters?

Switzerland does not have its own national space agency. In the field of research and development, it largely follows the activities and programmes of the European Space Agency (ESA). It is the Swiss Space Office (SSO) that manages space-related issues. Despite its size, I believe that Switzerland, situated at the heart of Europe and with its high added value skills, has many cards to play in European projects. Each year, Switzerland contributes CHF 150 million to the ESA budget. This participation allows us to take part in decisions concerning European cooperation projects. The Swiss population benefits from space applications such as environmental and climate research, disaster prevention, security, navigation, telecommunications and weather forecasting. It gives scientists access to international support programmes and allows our industry to be awarded important mandates according to the ‘georeturn’ policy: for every franc invested, at least one franc must be reinvested in Swiss industry.

Do you have any examples of European space projects?

The Copernicus project is a good example of success. Copernicus brings together all the data obtained from environmental satellites and on-site measuring instruments to produce a comprehensive global view of the state of our planet. Switzerland was involved in the development of the six satellites and has decided to contribute 40 million. It has already benefited from 56 million in geographical return. I would like to stress that this type of project is only possible thanks to the existence of bilateral agreements. And at the moment there is a big geopolitical risk for Switzerland since the Federal Council left the negotiating table. In concrete terms, for the purchase of the second version of the satellites, it is possible that Switzerland will no longer be on Europe’s order book if a political solution is not found by then.

You mentioned the fact that space “space” is very attractive. Is it regulated?

You are right to mention this new aspect. Before we were only talking about land and airspace. Now there is also what I call space “space”, i.e. everything above Switzerland.
The first UN treaty on the subject dates from 1967. It has been revised three times.
This treaty aims to regulate the use of space and to define the responsibilities of states.
Today, Switzerland is considering legislating on the issue.
For information, Germany, a great space nation, has not established any regulations, unlike Austria, which is an example in this area. As for Switzerland, the issue is on the agenda since there is no national law at the moment. Indeed, at international level, the country hosting a satellite operator that causes material damage on the ground or in orbit would be considered responsible vis-à-vis other states. And currently, on Swiss soil, there is no law defining responsibilities in the event of an accident. Without going into too much detail, a satellite is by definition obliged to pass over many friendly or less friendly countries, and regulations will have to be organised.

What new trends are you seeing in the field?

In the past, the space technology race was played out in a bipolar world between the US and Russia. Europe has succeeded in establishing itself as the third largest player in the world. What we call the ESA institutional market, mainly for scientific and communication missions, launchers and participation in the International Space Station (ISS).
Recently, however, we have seen the emergence of a more competitive commercial market with larger series of identical satellites. Multiple new players are emerging in America, China, Japan and the Middle East, to name but a few.
These new economic models are based on business models that integrate the cost of space infrastructure, launch, operation and ground service via data exploitation. You will have understood that the moment is therefore strategic, we must all be ready for the emergence of this new commercial market.

What is the biggest challenge you are facing at the moment?

Apart from the threat to the bilaterals, the strength of the Swiss franc remains a major difficulty. It’s quite difficult to read in the trade press that entrepreneurs have adapted. It seems impossible to me to absorb a 25% decrease in margins in ten years. The reality is that most of us have drawn on our reserves that would be needed in a recovery plan and adaptation to a new market.
Of course, we are constantly seeking to diversify and if possible obtain contracts in Swiss francs, which is not currently the case with ESA and the EEC.
Offset contracts are interesting in this respect. Offsets are non-standard contracts requiring that some form of economic activity be transferred from the seller to the buyer’s government as a condition for the sale of goods and/or services on public markets. In principle, it is the foreign supplier itself that selects the Swiss beneficiaries on the basis of their competitiveness and competence. Hence the interest for Switzerland to keep its own infrastructure in the military field.

What is your vision for continuing to recruit personnel with high added value skills?

I’m pushing an open door if I say that Switzerland and Europe are sorely lacking in engineers. The schools train engineers, we train them in space technologies.
Each company has become so expert in its field that we should collaborate to share these skills in non-competitive areas.
For example, I am sure that SYDERAL SWISS engineers could collaborate on projects with Medtronic and vice versa.
In order not to lose our widely recognised excellence, a reflection at the cantonal / national level providing support to the industry could improve the situation and allow a decompartmentalisation of the sectors.