Francisco Klauser is in charge of the chair of political geography, spaces and powers and he works in particular on the emergence of so-called smart cities or connected agriculture. He studied human[...] 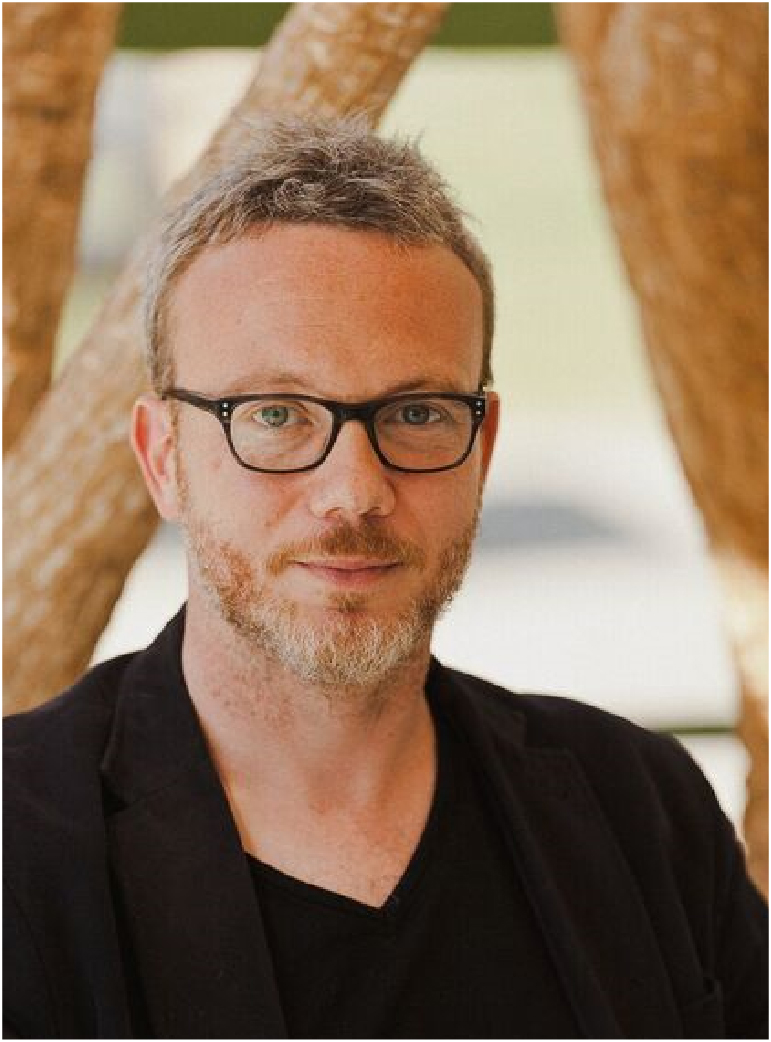 Francisco Klauser is in charge of the chair of political geography, spaces and powers and he works in particular on the emergence of so-called smart cities or connected agriculture.

He studied human geography and sociology at the University of Geneva from 1997 to 2000. He discovers the geographer Claude Raffestin, who specializes in questions of interactions between space and power. He carries out his dissertation work on surveillance cameras, an eminently geographical subject with strong implications on urban life. He is passionate about this theme which he continues to study throughout his academic career.

After his thesis, he spent five years in England and analyzed different spaces such as major sporting events or the fight against terrorism, particularly in airports, places where freedom of movement and flow control are inextricably connected.

What approach do you take when you study the impact of a new technology on human society?

When I begin new research work related to the digitization of our society, I systematically ask myself the following three questions:

In your opinion, what fundamental changes are brought about by digital technologies?

The social sciences are interested in the relationships between people. As a geographer, I am also interested in relationships with space. These relationships are channeled by mediators, such as the automobile, which redefines our relationship with urban space. Today, digital technology is a new type of mediator. This implies several fundamental changes. As humans, we no longer understand this mediator. For example, I use a computer without really knowing what parts make it up. I use a search engine, but I don’t know how my data is used and how it allows me to know myself and therefore ultimately to act on my actions and thoughts. So there is an opaque world being created, controlled by technical specialists with economic interests, like the big computer companies. All this is not neutral but becomes the basis of our existence. More precisely, in video surveillance, if you are a policeman, you may be using surveillance systems, algorithms that, at the airport, will tell you whether the passenger is at risk or not. But you don’t understand why this system identifies that person as risky. In the past, it was sense and intuition – observing the non-verbal aspects of individuals, for example – that guided us in this type of decision. Today, according to predefined criteria, it is the computer that decides. In a sense, these techniques take us away from our decisions. This distance certainly explains why we remain mute, passive in the face of the digital world. It’s a virtual world that is complicated to access.

Big Brother, can you believe it?

I recently completed a mandate to evaluate the effectiveness of 30 surveillance cameras installed in the Pâquis district of Geneva. Once the basic debate was over, two years later, everyone had accepted and forgotten about the cameras. We do not consciously live with these technologies. This parallel world is more and more important, human beings are more and more transparent, they contribute to it, while this world of data remains opaque. This does not mean that I adhere to the metaphor of the all-powerful Big Brother. I don’t want to fall into the trap of the Orwellian nightmare. These technologies also bring us a lot of comfort, speed, security, connection, fun. From my point of view, they are much more like little sisters, to which everyone contributes.

At what point can we talk about smart cities in 2020?

There’s a big gap between rhetoric and reality. Let me give you some illustrations. So-called “smart” systems are not exempt from failure. Yes, they generate data, but not necessarily the data you want to have. Once installed, systems are bound to evolve. These different elements make human intervention still indispensable.
At the micro level, the systems are already very effective, for example autonomous tractors, or even UAVs. These tools, when properly used and integrated into an already functional system, can add value and speed up certain types of activities, or supplement what already exists. UAVs can replace helicopters, as they are cheaper, quieter and more accurate when the terrain is digitized. However, a new tool creates new challenges. In the case of UAVs, many questions are still open when it comes to managing terrain with a high degree of verticality.
What I have seen in the field is that the human remains the main Achilles heel. In Geneva, for the surveillance cameras, the operators in charge of maintenance were in fact placed by unemployment. It was therefore not their job and they only stayed for four months, which prevented them from consolidating and passing on what they had learned. In addition, they were not recognized as decision-makers by the police, even though they had to work together. This is precisely no longer just a technical issue but a socio-technical one.
Another example is the collaboration that I carried out with the Neuchâtel police in the context of a project financed by the Swiss National Fund. Together with a doctoral student involved in the project, I joined the police working group that was considering the purchase of a new drone. We accompanied the whole process of reflection on this new technology.
Indeed, the drone we bought brings a third dimension to the police. Airspace becomes much more usable, it becomes an everyday reality. It’s more mundane, but also more dangerous, because the police must also prepare for drone accidents or even terrorist attacks. The police must therefore think about airspace as an opportunity, a perspective for intervention. But also as an area at risk.
Too quickly, we have the reflex to think that digital technology will provide the solution. We saw it with the covid19 tracking application, and an article recently announced that the application should really be working well in the fall of 2020. But it has been available for download for several months now. Moreover, even if the technology works well, it may be misused by people who don’t understand it. Then it loses its effectiveness.


What are your future research projects?

I have just submitted a request to the Swiss National Science Foundation (SNSF) about covid and digital technologies. The basic question is how to find the right balance between security and openness.
Indeed, the first reflex was confinement. We have closed cities, whole countries. But we realize that this closure solution is not sustainable. Flows and openings are essential, while maintaining an acceptable level of security. In this opening/closing paradox, digital technologies make it possible to isolate dangerous flows from safe flows. And thus to filter without closing. But as more data is accumulated, our freedom of movement is bought at the price of our data.
A second request is currently being prepared about the digitization of agriculture. Our analysis will focus on farms in Switzerland and abroad in order to understand how digital technologies are transforming agricultural practices and processes. In addition, we want to study how the particular context of Swiss agriculture (the relief, the farming system composed of small producers, etc.) influences the adaptation (or not) of new “smart farming” approaches developed elsewhere.

What do you think of “surveillance capitalism”?

Digital technology does not escape a liberal logic, with a concern for optimization and efficiency, and for profit for those who sell the devices and those who use them (productivity and profitability). Today, for example, the concept of the smart city is put forward above all as an opportunity to gain in efficiency and productivity. The idea of personal emancipation through the optimization of daily life is also often put forward. But if we are part of the systems that influence us without being aware of it (data intangibility), how can we still be able to make decisions according to the parameters of our existence? Does the responsible individual exist because he no longer understands the systems around him? The role of the social sciences is, in my opinion, crucial in giving meaning and measuring the costs and benefits of these technological changes.