Towards the end of 1977, Luc Tissot’s growing awareness of the importance of diversifying the watchmaking sector prompted him – with the help of Kontron SA – to create Precimed. The objective[...] 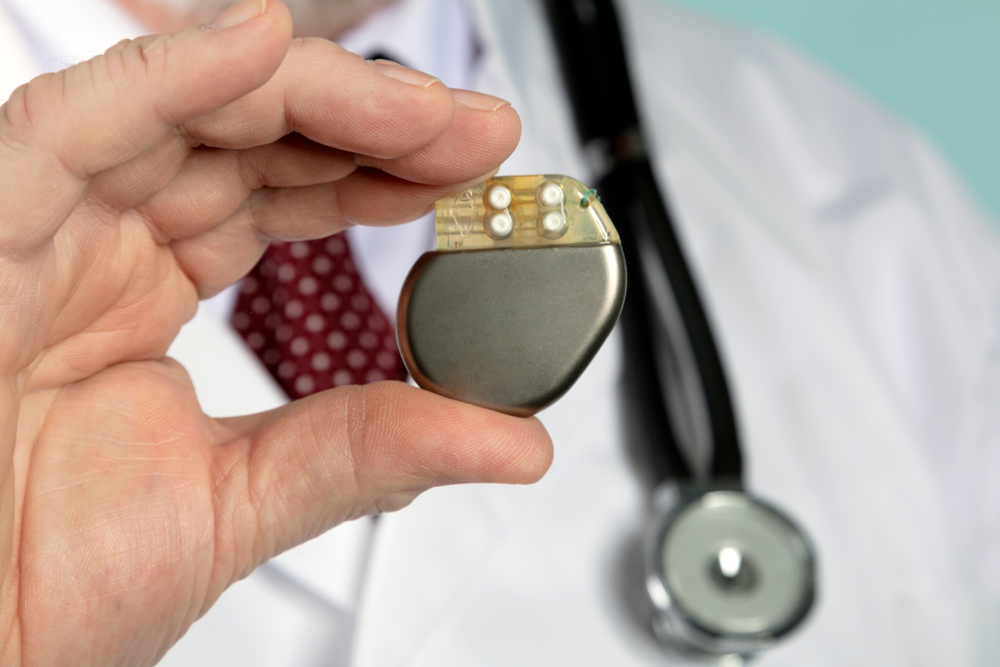 Eric Grignon has been Managing Director of Sky Switzerland since 2017 and a member of the Board of Directors of SKY[...]

Towards the end of 1977, Luc Tissot’s growing awareness of the importance of diversifying the watchmaking sector prompted him – with the help of Kontron SA – to create Precimed. The objective of this new company was to use high level watchmaking technology to design the first Swiss pacemaker.

In 1977, the watchmaking firm Tissot closed the factory that produced its mechanical movements. Branco Weiss, founder of Kontron, and Luc Tissot decided to work together on a new medical project: the cardiac simulator.

Following the founding of Precimed in December 1977, Luc Tissot recruited the Dutch engineer Gérard B.M as technical director along with ten employees. All of them had backgrounds in watchmaking, and brought with them the expertise and precision inherent to the sector.

During its initial year of operation, Precimed completed its first implantable pacemaker. “Précilith” was the first Swiss pacemaker, a device weighing 72 g and entirely manufactured in the Precimed workshop. Almost 18 months after its inception, and thanks to a financial contribution from the Hoffmann-La Roche Group, Precimed had produced 2,000 pacemakers. In order to constantly improve its equipment and adapt to medical developments, the Le Locle-based company worked closely with an electronic watchmaking centre and cardiologists.

In April 1980, Luc Tissot retired from the Precimed management board and was replaced by Adrien Bussard from the Kontron Group, the majority shareholder of Precimed. Adrien Bussard played a key role in the adoption of the pacemaker; he was the driving force behind the introduction of Precimed pacemakers in all Swiss hospitals.

A year later, Kontron sold Precimed to the American company Intermedics Inc, the world’s second largest producer of pacemakers. Maintaining a production facility in Le Locle was an essential condition for an acquisition which enabled Precimed to continue its growth strategy with logistical support and increased financial resources, and gave Intermedics the advantage of local micromechanics. As a result, 40 new employees were recruited and another 100 the following year. It was a very encouraging development for Le Locle.

Luc Tissot, meanwhile, continued to work on various projects in the Le Locle region, concerning, notably, the treatment of glaucoma and of hydrocephalus. The latter resulted in the establishment of pharmaceutical giant Johnson & Johnson in Le Locle, following the acquisition of Luc Tissot’s company.

The end of a company, but the beginning of an industry for the canton

In February 1999, after more than 20 years in existence, Sulzer Medics , formerly Precimed ceased operations and laid off its 200 employees following its sale to the American group Guidant, which continued production in Ireland. The news was a major blow for the employees and for Le Locle.

A pioneer, Precimed significantly boosted the medical and watchmaking industry in the canton of Neuchâtel. Since then, other medical companies have emerged and established themselves worldwide in various medical fields such as prostheses (Lauener & Cie, Integra Lifescience).

The pacemaker is a titanium device that corrects the heart rate in the event of bradycardia (very slow heartbeat) or temporary cardiac arrest. It is implanted in the chest, under the skin and connected to the heart by probes. It functions as a control “organ” and sends a pulse only when a heart rhythm anomaly is detected.

Like a watch, this mechanical and electronic device must be very precise and operate continuously, even in hot and humid environments, for a period ranging from six to over ten years. Each part undergoes a series of tests before assembly. Then, connection, electronic and leakage tests are carried out to ensure the functioning of the finished product. Finally, once the pacemaker has been fitted, various data is collected to monitor the wearer’s physical condition, the condition of the device and to perform any adjustments necessary.

The first implantable stimulator was inserted in 1958 by Swedish surgeon Åke Senning.

November 1978: The first Swiss pacemaker, known as Précilith, is implanted in a patient

February 1999: Sale of Sulzer Intermedics , formerly Precimed, to Guidant and closure of the Le Locle plant.