Eric Grignon has been Managing Director of Sky Switzerland since 2017 and a member of the Board of Directors of SKY Switzerland SA. Born in France, he arrived in Switzerland in 1998 to launch the[...] 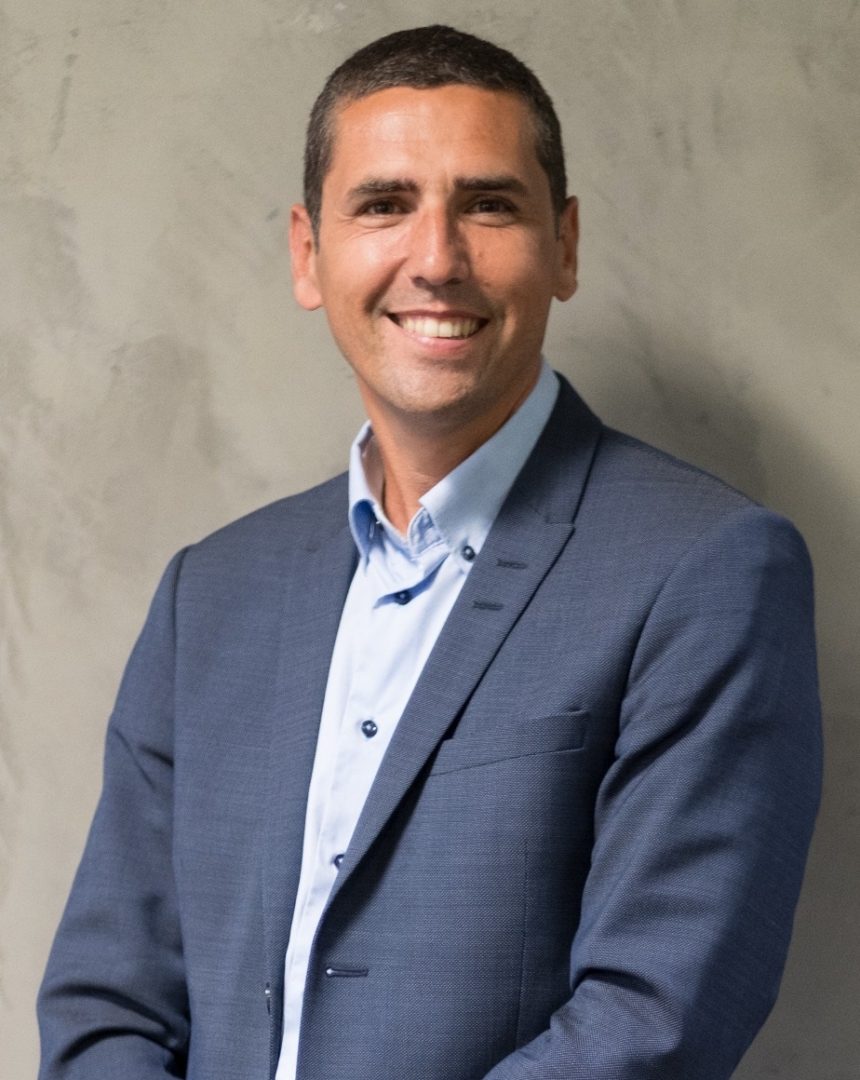 Eric Grignon has been Managing Director of Sky Switzerland since 2017 and a member of the Board of Directors of SKY Switzerland SA. Born in France, he arrived in Switzerland in 1998 to launch the mobile operator Diax. After several years as head of engineering at Nokia and then Orange (now SALT), he was driven by the desire to be an entrepreneur and joined DVDFLY in 2009 to create HollyStar, the largest independent OTT VOD platform in Switzerland. Eric is married with two children, and is passionate about sailing and cooking.

Meet a man with an entrepreneurial streak who knows how to navigate future media trends.

What makes you passionate about streaming?

I have always worked in telecommunications and, for the record, in April 2007, when I was in charge of Orange TV, I was one of the first, perhaps the first in Switzerland to buy an Apple TV. At the time, the Apple TV was a big box. To watch a film, you had to download it. When I plugged it into my TV, I was amazed. I knew it was a disruptive technology that would change the way we watch TV.

In what areas is the Sky Group active?

The Sky Group is a UK company, with over 25,000 employees in the UK. It is the equivalent of Canal Plus in France, but with additional services, such as broadband Internet, mobile, fibre optics, insurance, etc. It is a very large media company that has expanded in Europe and now operates in 7 European countries. Its Swiss subsidiary is based in Neuchâtel, where Sky Suisse has about 50 employees. It covers the majority of the territory by offering streaming (films, series and sports).

What are your main activities, services and products?

In Switzerland, Sky has developed along three lines:

Sky is also the largest producer of series in Europe, with 52 series per year, equivalent to one per week. It is the biggest European budget in terms of production. Sky has produced, for example, Gomorrah, Riviera, Chernobyl and Babylon Berlin. We also produced a 100% Swiss series: Tschugger. The first season was a hit in German-speaking Switzerland and season 2 will be released in September 2022. This is the highest audience rating for a Swiss series in years.
We have two more series in the pipeline, but I can’t give you their names.

Why has Sky Suisse set up in Neuchâtel, although you have a strong presence in German-speaking Switzerland?

It’s a historical reason. In 2017, Sky bought the company HollyStar, which was already based in Neuchâtel. HollyStar was a video-on-demand platform for the whole of Switzerland that offered films and series. And HollyStar was already the logical continuation of DVD Fly, which was founded in 2003 in Neuchâtel and allowed DVDs to be rented over the Internet and sent by post. At that time, to watch a film, you had to rent it in a specialised shop and return it the next day. DVD Fly was a platform that revolutionised the Internet rental market. With the decline of DVDs, in 2009 we launched HollyStar, which offered film rental, but this time the viewing was streaming and accessible immediately on the Internet.

What is your vision for the future of streaming platforms and what are the new trends?

People are watching less and less TV and more and more the different streaming platforms like Netflix, Amazon, Sky, Disney Plus. So for me the future is clearly streaming.

Today, the problem is that there are many applications or platforms. It’s hard to find yourself with so many possibilities and sometimes you have to juggle to be able to watch the content you want without forgetting that there is a subscription for each of the applications.
The future is to try to combine all these offers into one interface where you can find all the content from the platforms and find out how you can watch all the available seasons of your favourite series. The main goal is to find out how to offer you the right content at the right time and without making you waste time looking for it. The algorithm of this interface could also simplify the use of streaming platforms. For example, if you don’t watch Netflix for a month, you will be unsubscribed automatically. You won’t have to think about it, as it will be the job of your platform “manager”.

What is also developing are package deals that will include multiple platforms at one price, lower than if you subscribe to each platform individually.

What is the biggest challenge you are currently facing?

Our biggest challenge at the moment is growth. Because we are almost doubling our sales every year, so we need more people and therefore more offices. We are in the process of making a transition from the mode of operation of a start-up to that of a large SME.

What kind of profiles work at Sky?

In terms of profiles, on the one hand we have the engineers, the technical profile of the company, because we do streaming and the applications are developed directly in Neuchâtel. And on the other hand we have the people who deal with and promote the content such as the selection of films and series or sports competitions. Not to mention our customer service.

What is your favourite place in Neuchâtel?

My favourite place in Neuchâtel is Cortaillod and Les Bains des Dames, because I love the lake so much. They are both just magical places.

In your opinion, what could the canton do to improve its attractiveness?

We need to bring in more companies from the tertiary sector in general because the place is just incredible with this lake, the mountains and its position in relation to Berne, Geneva or Zurich.

For recruitment, we are lucky that France and cities like Lausanne and Bern are not far away. The positive side is that once people are here, they stay longer. We have developers who have been here for 10 years. So the framework conditions are really important.

In my opinion more jobs are needed to further develop its attractiveness. The settlement of new people would make the town centres more dynamic. Personally, I think that Neuchâtel still has great potential to develop in this area.