Eric Marguet studied in France at the Institut Universitaire de Technologie de Besançon in Mechanical Engineering. He has been living in St-Imier, Switzerland since 1995, where he continued his[...] 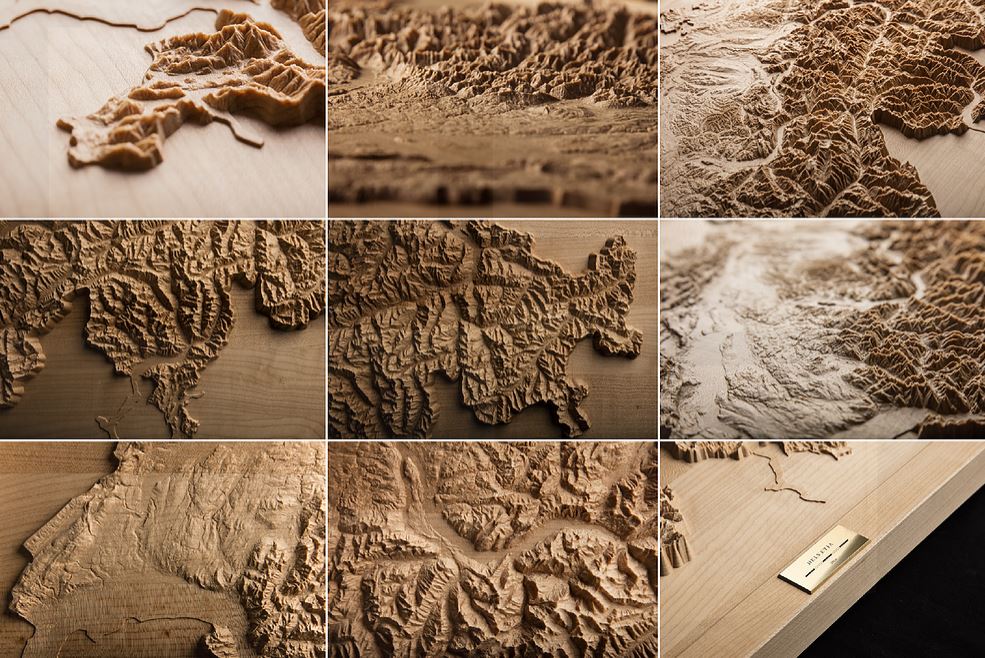 Eric Marguet studied in France at the Institut Universitaire de Technologie de Besançon in Mechanical Engineering.
He has been living in St-Imier, Switzerland since 1995, where he continued his studies at He-Arc St-Imier (at the time, an ETS Microtechnology engineer) and completed his training with a Master’s degree in Computer Science.
He is 50% design professor at HE- Arc Ingénierie in Microtechnology and Industrial Design.

What is the purpose of your company, gravity?

Our expertise covers the materialization of Big Data defined as all digital data produced by the use of new digital technologies.
We see that the real physical use of billions of data is now possible thanks to the combination of microtechnology and modern computing. This opens up new perspectives, especially those of creating objects that are infinitely more efficient, precise and rich, as in nature for example.

What is the innovation in your approach?

Currently, in engineering, 3D objects are created by computer. Parts are generally generated from simple volume geometries. They look like cubes, rectangles, spheres, axes on which it is possible to perform material removal operations, such as drilling. Another, more complex working method is called surface design. It is used when volume design tools are no longer able to produce geometries that require too much complexity. It is typically found in video games, animation and science fiction films. It makes it possible to produce shapes that are more organic: aircraft wings, bicycle seats, motorcycle helmets, computer mice, car bodywork… Based on this surface technology, 3D scanners make it possible to virtually reproduce and then materialize real parts. However, even with today’s great computer powers, we are limited to a few million points characterizing an object when it is intended for manufacturing.
Our innovation does not require volumetric or surface design. This approach allows materializing objects from clouds of points not limited in quantity. The manufacture of objects defined by billions of coordinates becomes possible, a factor of 1,000 (to begin with), compared to current surface technologies. We manage BigData by favouring optimized point scheduling for the manufacture of objects (patented principle).

When you make a 3D card, how much data do you use?

The precise materialization to the metre of the Big Data, resulting from the scanning of the Neuchâtel terrain, i. e. 1,000 km2, requires one billion coordinates. This corresponds, for a 70cm x 35cm model, to an accuracy of 15 microns (or 0.015 mm). Visually, in front of this model, a spectator clearly distinguishes all the trees in the canton. Of course, it is necessary to use very precise manufacturing techniques (machining by chip removal such as watchmaking, laser, controlled electro-erosion, etc.).
To achieve this, artificial intelligence is essential because humans simply cannot manage such a large amount of information on their own. Even the screen interface becomes superfluous when faced with such large amounts of data.

What are the concrete applications of your technology?

We already apply BigData materialization for mapping. It is our ambassador product because the data is easily available. The aesthetic and visual impact is enormous because human beings are not used to visualizing artificial objects with such a definition. All the richness of nature is found for the first time in an object created by humans. For the future, our diversification focuses on watchmaking or architectural decoration. We also imagine medical applications. Indeed, our body is a perfect example of extreme complexity. Integrating implants of equal definition seems a logical evolution.

What are the challenges at this level of accuracy?

The tools used on CNC machine tools (CNC, allows the subtraction of material) are the size of a fly’s foot. They are tailor-made with partners in the region, such as Dixi or Fraisa. It took three years of research to develop them.
In addition, to make a card with an accuracy of 15 microns on quality wood (oak, beech or maple), the machine must run for 4 weeks without stopping. The slightest programming error can be fatal because the wood is then “hollowed out” in the wrong place and the card becomes unusable. Power outages should also be avoided, because if the process is interrupted, the CNC cannot resume where it left off.
Given the amount of energy required to run the machines, we have optimized the spindles so that once they are rotating, they no longer need energy to turn. Currently, we only need 1500 Watt for all the equipment (eight machines), the equivalent of two microwave ovens on.
Finally, the CNCs must operate in a controlled universe, at 24.5 degrees and constant humidity. Temperature variations cause the tools to expand and therefore shift on the board during machining.

Is a computer capable of simultaneously processing the amount of topographic data available?

No, because it is a matter of managing terabytes of raw data (a thousand billion), which causes any computer intended for design to “crash”. Thanks to our patented algorithms, which act as an interface between the data and the machine, only 0.001% or less of the data is transmitted to the person in charge of programming. Then, computers and machines work in autonomous streaming. They load the data as the machining progresses.
What were the facilitating factors for starting your business in the canton?

Gravity.swiss was born, as I believe most Swiss technology companies are, thanks to a teaching infrastructure specific to Switzerland, which combines industrial proximity and research institutes. We have benefited from the IT infrastructure of HE-Arc ingénierie and its researchers and students, from the availability of software and recent machines directly accessible in the region, thanks to its microtechnical DNA.

What are the next steps for Gravity?

We completed the research and development in May of this year. Thanks to the success of topographic maps, we have a global and high-end market.
Now that we have profitability, we can continue to improve our technology and pursue new opportunities and challenges.